Houston, We Have a Problem

There has been a delay in the production process for Warrior Wisewoman 3, so we will have a new release date. A shipment of ARCs was lost en route from the printer. So in order to allow reviewers a chance to do their jobs before the anthology comes out, we are now looking at a release date of July or August. Realistically, it will probably be August.

Things like this happen, unfortunately. We will persevere regardless, and I will post the new release date when I have it. Remember I mentioned yesterday that Mercury was in retrograde? There may actually be something to that.... 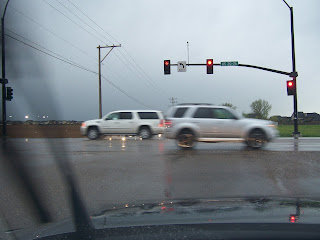 It's been a really hectic month, and now Mercury is in retrograde again. This is what it's like when you don't know whether you're coming or going.

Three unsold stories total. Two just went to the post office today. One got rejected tonight. Odd timing, that. It reminds me of the tarot card in the Robin Wood deck where Temperance is juggling three balls in the air at once, one foot on land and one in the water. In the game of publishing, you keep as many stories circulating at a time as you can, and hope one lands in a new home.

I've been trying to work on marketing for the anthology. I've contacted three review bloggers and will look for more after this weekend (which is booked with a prior commitment.) I've dropped off two copies of the arc cover art, complete with ISBN numbers, to the two main indie bookstores in our area, and I'll be scanning the internet and yellow pages next week for any more I might find. I'm going to check on how cheaply I can get postcards or bookmarks or something of that nature, so I can drop them in strategic places around town. And one of the local indie bookstores happens to be owned by friends of mine who want to throw some kind of release party or at least do a table display for the anthology, so things are looking great so far.

It would be nice if artists of various types still had patrons, like they did back in Shakespeare's day. But there seem to be no patrons nowadays, or else the role of patron has been assumed by all of the readers out there, looking for a break from everyday life and willing to be swept away by fiction. So if it takes marketing to reach those readers, then marketing is the order of the day.

I just went back and watched Merlin Season 1, Episode 7, Gates of Avalon, thanks to a heads-up from a friend who wondered what I thought of it. Dear one, I agree with you. Completely. This was a much longer rant, but I edited some of it out in favor of making my point a little more quickly.

Suffice it to say that even in folklore, fae of various ilk are not always the bad guys just by dint of being fae, any more than humans are all bad just by dint of being human. And yet, in so many TV shows and movies, people seem to use the same characters or races as villains time and again. It's the same problem I have with crows typically showing up in scenes with the bad guys, or heralding the arrival of same. What's with the stereotypes? Where's the original thinking? Just once I want to see the crows herald the arrival of the good guys--I dare someone to do this.

People have turned the vampire and werewolf stereotypes on their ears in plenty of TV and movies before now, and suddenly a whole bunch of people think vamps and weres are dead sexy (or in the case of vamps, sometimes dead and sexy.) I'd pay top dollar to see a movie with a human bad guy, a Sidhe hero and/or heroine who saves the day, and a whole flock of crows heralding the arrival of the Sidhe.

I love it when that happens. I started writing last night, and then came out of writer's flow/time warp maybe three or so hours and 1400 words later. It felt as though it had only been maybe 45 minutes to an hour, at most, but there were all these words that hadn't been on the page before. Nice.

I love the "Journey to Wild Divine: Wisdom Quest" game. It's been out for a number of years and I still love it just as much as I did when it first came out. I wish they'd make more like it. I played it for a few hours tonight, completely lost track of time, and was thrilled with my progress. Things I could not do very easily when I first tried to play the game back in 2007, I now can do in moments, even when it's a mixed energy event--which will make no sense to you if you've never played the game, so I guess I'd better explain, now that I've brought this up.

The game comes with a device that measures your heart rate, which of course changes according to your energy level, your breathing, etc. Finger sensors measure your physiological changes and the game responds accordingly. An energy event in the game is an exercise or task that requires you to either calm or raise your energy, and so a mixed energy event is when you must do those things alternately within the same exercise. When you first start out with the game, it can be difficult to manage the various exercises, depending on what your energy is like and how much control you have. The game includes instruction on breathing and meditation and all sorts of other things, and I'd heartily recommend it for anyone who's ever stressed out. Who knows--it might even help with writers' block, because it just loosens you up on several levels. It's amazing. (That, and the world and graphics they've created are simply visually stunning.) It's very fantasy-oriented, so of course I was already prepared to like it even before I actually tried it, at which point it proceeded to impress me like no other game has. 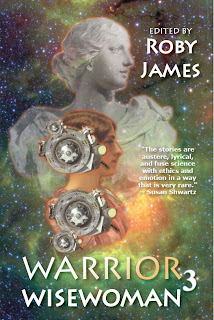 Proofs for Warrior Wisewoman III are here, and I've gone over mine. Very little needed correction--just one detail, in fact. So, for those who haven't gone through this process before, it might be helpful if I mention what a proof is.

The way I understand it--and I could be a little off base, as this is my first time--the proof is, basically, the equivalent of an ARC, or advanced reader copy. That, or maybe the proof is followed by the ARC, one of the two. It's a non-bound copy of the book as it (mostly) will appear once published, and it's here that we get our last chance to make any necessary corrections before the real thing is produced. This particular proof arrived in the form of a PDF file, and all I have to do to make corrections is send a separate email to my editor to let her know what needs to be done. Actually, I've already done that, so now I just need to verify that she received my email, and...poof! Magic can happen.

So...we have proofs. We have a release date (June 1). We have ISBN numbers I can give to all the buyers at the local bookstores. This is happening. Woohoo!